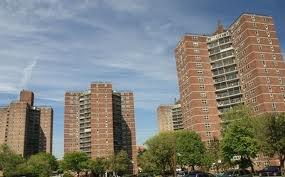 On 12/8/21 there was 2 info meetings attended by approx. 80 people between both sessions.

A discussion was held that indicated in the last refinancing monies were set aside to purchase and operate a DRUPS which is a Diesel Rotary unit to carry the co-op in the event of a mini blackout under the new green laws this was no longer a viable project,  The last Board, attorneys, accountants and the manager were able to convince the mortgage holder to allow the funs to be repurposed for capital projects.

It was recognized that during the start of the pandemic factories world wide lowered the production of mechanical parts creating an initial supply chain issue. And that after Ida the problem became exacerbated and our cooperators suffered because of this. Hercules has promised to push for parts or if machines come in prior then they will be installed. Hercules has been constantly alerted to these issues and will continue to be contacted so that the machines are operating properly. We are still having issues with people taking laundry carts for their own personnel use. This practice is unfair to other shareholders.

Discussions were held as to how accommodate the new green laws 38 and 97. We are awaiting 3 proposals to do a feasibility study on various forms of energy sourced for the power plant. We will take on a owners rep to help us to understand the proposed feasibility studies when they become available. The studies should be ready to be reviewed by mid January. The owners rep funding should be forthcoming from HDC. the mortgage holder.

The damage caused by Ida and we await a metallurgist report to indicate the amount of structural damage sustained. Once we know the condition of the structures, and what the insurance company is willing to provide in the way of funds an engineer will be engaged to develop a replacement specs for the damaged structures. We have an owners rep who is being paid by the insurance company.

In both of these projects we need to ensure we follow the local laws which will enable the Corporation receive operating certificates for both plants.

The A/C unit for the second floor and the west wing of the Shopping Center utilizes a chiller system with a cooling tower. The former Board approved this project since the current system was broken down and obsolete. The funding for this project approx. $880,000 is coming from the repurposed funding.

It should be noted that the second floor has been rented. The Queens Rehab Center took the space formerly occupied by VNS and this occupancy has been ongoing. The space formerly occupied by Big Six Gym has a new lessee Planet Fitness  and a contract signed and forwarded to HPD for their approval. If all goes well, Planet Fitness will do a build out and should be ready for business in June. The last Board worked diligently to make this happen I thank them for their service.

This project began with Bldg 5 the co-op engaged a an reliable engineer who drew up plans and specs. The project was put out to bid and 5 bids were received and the project is finished. The cost approx. $225k. Funds from the repurposed were utilized. Future projects regarding the steam traps will be done in various other buildings.

The former Board approved exterior lighting on the Buildings. All Buildings should be finished by mid January. The board also instituted lighting for Parking Lot 11. This Board will continue with Parking Lots 9 and 10 as well as the lot across the street from building 2. The smaller lots cannot utilize the same lighting configuration but we will find a way to increase the lighting.

There has been a rash of airbags being stolen from Hondas in our lots and on the streets around our complex. It is suggested that Honda owners utilize a cuff locking mechanism om their steering wheels. I recognize that this is inconvenience but less then having to have a new airbag installed. In addition, older SUVs approx. 6 have had their catalytic converters stolen. Newer SUVs have a cage over the the catalytic converters.

It was also noted that there is  a  serious lack of NYPD sector cars that role thru in our complex. There have been letters forward the Police Commissioners office regarding this topic. I will write a letter to the PCs office in addition I will notify Queens North Command about the lack of patrol in our area.

The governing agency HPSD and the mortgage holder required that this Integrated Physical Needs Assessment be completed. The study covers a myriad of topics not all that critical but some are and we will prioritize the issues we will keep you inform.

We need to draw a plan for facade inspection a submit to the City Agency by 2/22/2022. We believe this work begin in the Spring. The cost for this project is between $1.2 to $1.4 million. The repurposed monies from HDC.

We will try to meet again late Jan early Feb. I do want to thank all who attended.